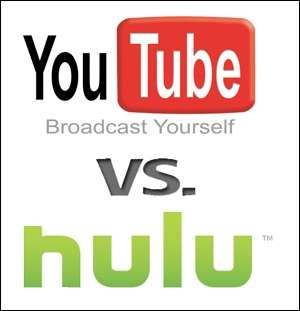 YouTube will be adding a new tab titled ‘Shows’ that allows users to to watch, comment on, favorite, and share full-length television episodes and movies from a number of studios that Hulu already carries. YouTube inserts Google TV ads online where commercial breaks usually occur, or before or after the video plays.

Hulu is working on a deal with ABC that will give Hulu rights to ABC’s programing. That would be a sweet deal since ABC has to date restricted their content to their own website.

It remains to be seen if all this digging for dollars will alienate YouTube’s amateur production community or thwart Hulu’s model of online TV and movies.