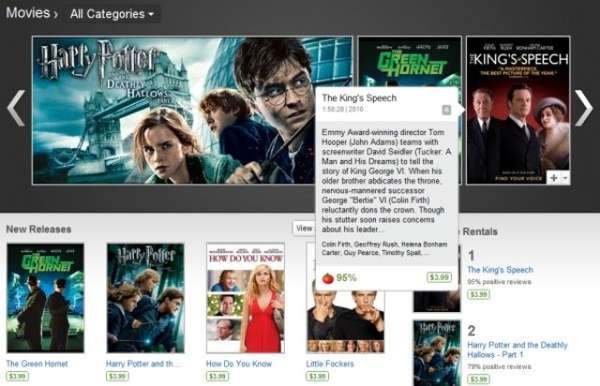 Michael Hines — May 13, 2011 — Business
References: youtube & engadget
I can't help but get excited over YouTube Movies. YouTube has partnered with Sony and Warner Brothers to rent out over 3,000 new release and classic films. Looks like 'David After Dentist' is about to see a drastic drop in views.

The fees for YouTube Movies are $2.99 for older films and $3.99 for newer ones. The movies can only be watched on PCs and GoogleTVs, which means that smartphone users and tablet jockeys will have to wait a while in order to begin enjoying feature films on their small screens.

As someone who is becoming more and more accepting of online movie rental services, I am incredibly hopeful that YouTube Movies will be a runaway success, eventually netting all the major studios and becoming an archive for classic feature films as well as cat films.
2.9
Score
Popularity
Activity
Freshness