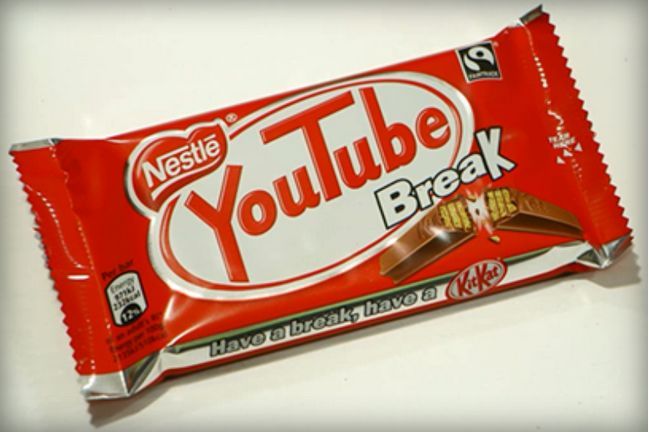 Meghan Young — May 12, 2015 — Lifestyle
References: nestle & theverge
Share on Facebook Share on Twitter Share on LinkedIn Share on Pinterest
Nestle and Google has decided to hone in on the fact that a KitKat break often results in a YouTube Break -- which is why this phrase is the center of a collaborative campaign. Working together to celebrate their 80th and 10th anniversaries respectively, the YouTube Break branding will be seen on 600,000 candy bars in the United Kingdom.

Of course, KitKat wouldn't stop at just a YouTube Break. This is simply the first of "72 different types of ‘breaks’ to feature on more than 400 limited edition designs across 2 and 4 finger and Chunky bars as part of the campaign," according to the brand. As for this particular release, the press release reads, "The campaign is based on the consumer insight that KITKAT® consumers are also YouTube fans, and that the video platform is uniquely placed to provide real time insights into the world’s most watched videos."
5
Score
Popularity
Activity
Freshness
View Innovation Webinars

Benchvertizing
Have a Break, Have a Seat on a Kitkat Bar