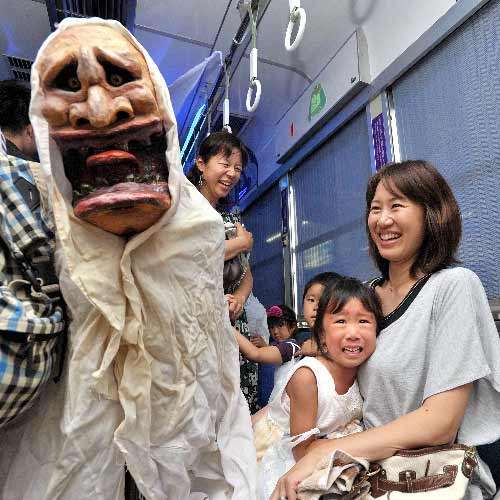 Ghosts and otherworldly spirits are a major part of Japanese folklore and often wander the human realm due to unresolved problems from their former lives. Although the spirits of myth aren't necessarily evil, the characters depicting them on Yokai trains effortlessly scare the life out of small children. These dressed-up characters stalk subway cars and prey on any children foolish enough to approach them. The lesson: never underestimate the supernatural!

The Yokai train program has been operational since 2007 and was introduced in order to revitalize the workaholic culture of the Japanese megacities. From what I can tell, the annual injection of whimsy into the typically boring subway rides has done the trick!
3.2
Score
Popularity
Activity
Freshness
View Innovation Webinars