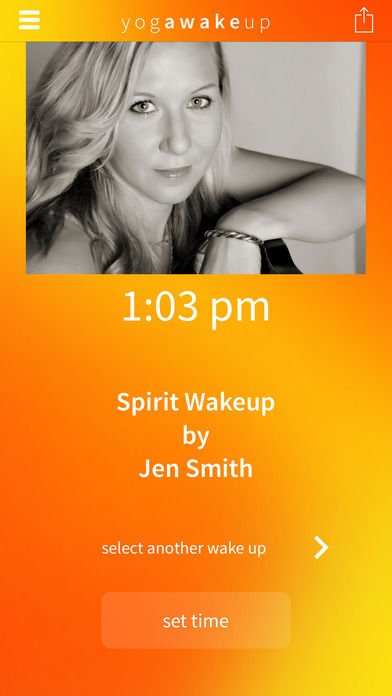 The 'Yoga Wake Up' App is a Gentle Alarm Clock Replacement

Laura McQuarrie — January 31, 2017 — Tech
References: itunes.apple & wellandgood
Share on Facebook Share on Twitter Share on LinkedIn Share on Pinterest
There are some alarm clock apps that are designed to emit particularly harsh or annoying sounds in order to force the app user up and out of bed—'Yoga Wake Up' is not one of those applications. In fact, Yoga Wake Up takes the complete opposite approach, offering audio yoga sequences, stretching guides and meditations as an alternative to jarring morning wake-ups.

To begin the morning in a calm, centered and mindful way, app users have the chance to be softly woken from an audio recording, such as the 'Spirit Wakeup' by Jen Smith.

The original idea for the app came out of one Jen Smith's Spirit Yoga classes at Equinox in Los Angeles, California. Instead of only ending her class with a resting pose, she began starting her classes with this pose too and began noticing that this practice could be applied to getting out of bed first thing in the morning as well.
3
Score
Popularity
Activity
Freshness
Attend Future Festival Virtual