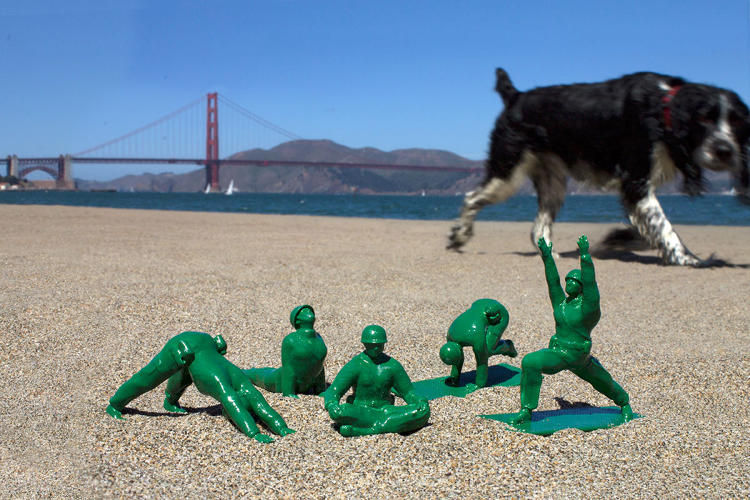 Meghan Young — September 30, 2014 — Life-Stages
References: kickstarter & fastcompany
Yoga Joes reinterpret the classic green army men toys in order to break both military and yoga stereotypes. Although created more with the former in mind, Yoga Joes address the idea that it is a fitness routine made for vegetarian and flexible women in spandex. Yet it is an exercise that can have great benefits when it comes to Posttraumatic Stress Disorder suffered by active-duty military service members.

Created by Dan Abramson, Yoga Joes are currently on Kickstarter and has raised over half of its $40,000 goal so far. He might say, “Mostly I thought it was funny," but others see this playful twist on a classic masculine toy as just the ticket to introduce the benefits of the practice to a wider audience. In the end, Yoga Joes will surely loosen people up to the idea of taking it up.
3.8
Score
Popularity
Activity
Freshness