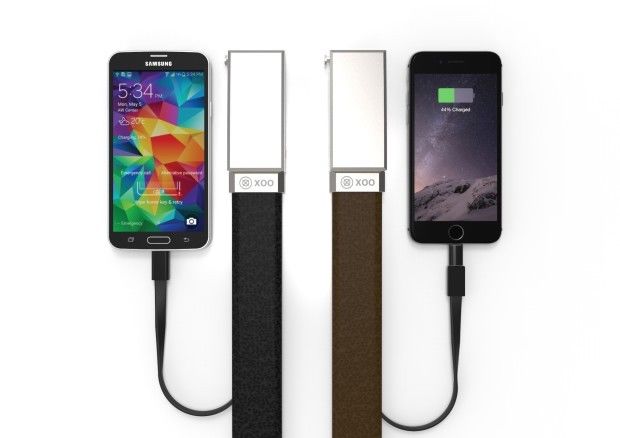 The Xoo Belt Charges Your Phone and Keeps Your Pants Up

Rahul Kalvapalle — November 24, 2014 — Tech
References: indiegogo & gizmag
Share on Facebook Share on Twitter Share on LinkedIn Share on Pinterest
If there are two things that are absolutely imperative in modern urban life, they are keeping your pants up in public and always having a charged smartphone on hand. The Xoo Belt is a device that does both those things. It is the brainchild of highly appropriately-named British company Nifty.

At first glance, the Xoo Belt looks like any old belt. But take it apart and you'll notice that it is embedded with a 1,300 mAh lithium ceramic polymer flexible battery stuck between two layers of leather, while an 800 mAH battery sits in the buckle. Between the two batteries, there's enough power to charge most smartphones.

You attach your phone to the belt using a MicroUSB cable that nestles between your body and the belt. You can then charge your phone on the go, while it sits inside your pocket. LED lights on the buckle let you know how much charge the belt, which takes three hours to recharge, carries.

The Xoo Belt is currently the subject of a Kickstarter campaign
3.2
Score
Popularity
Activity
Freshness
Get Trend Hunter Dashboard