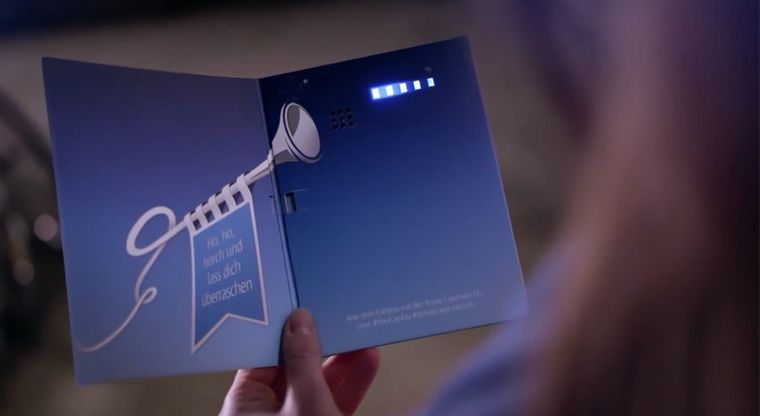 Alyson Wyers — December 31, 2014 — Tech
References: youcando.o2online.de & springwise
Share on Facebook Share on Twitter Share on LinkedIn Share on Pinterest
In the event you are very behind in sending out your holiday card this year, something as special as O2's Xmas Card campaign will likely make up for it. The telecom company created a Christmas card that has a SIM card integrated in it, enabling it to call friends and family when opened. Capable of making phone calls between the card's sender and recipient, the greeting card also gives you the chance to communicate vocally and apologize for the delay in holiday greetings.

Developed in collaboration with German creative agency Interone, O2's Xmas Card campaign has a pre-loaded SIM card the sender can program (typically with their own phone number). It also has a built in microphone and speaker, making it a world first. Once opened, the card immediately dials the number, establishes a connection and offers real-time conversation.
0.9
Score
Popularity
Activity
Freshness
Attend Future Festival