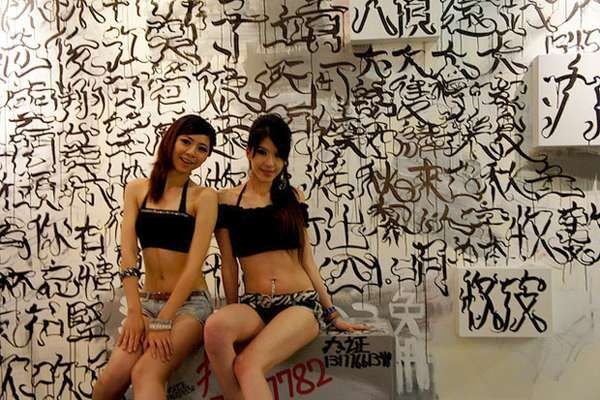 Xeme and Sinic 'Kowloon' Pays Tribute to A Graff Forerunner

'Kowloon' is the nickname of Tsang Tsou Choi, a Hong King citizen and artist known for his calligraphy graffiti. Long considered a trailblazer, Choi was arrested several times for graffiti and routinely had his art work buffed off walls. He typically wrote his name, his nickname (Emperor/King of Kowloon) or protest art calling for the downfall of the Queen of England.

Tsang Tsou Choi died in 2007, at the age of 86. One of his dying wishes was that his artwork get another exhibit.

Xeme and Sinic 'Kowloon' provides the 'King of Kowloon' with his last wish, and they do so in style. Check out the gallery to see some highlights from the exhibit.

Implications - It was only a few years ago that graffiti was considered the shunned subculture of the art world. Now, graffiti and street art are considered one of the biggest developments in the art world of the last five years. A company would be wise to commission a street artist to create a mural for them, which provides the company with cool viral marketing and also shows a commitment to the avant garde.
6.1
Score
Popularity
Activity
Freshness
Get the 2021 Trend Report FREE