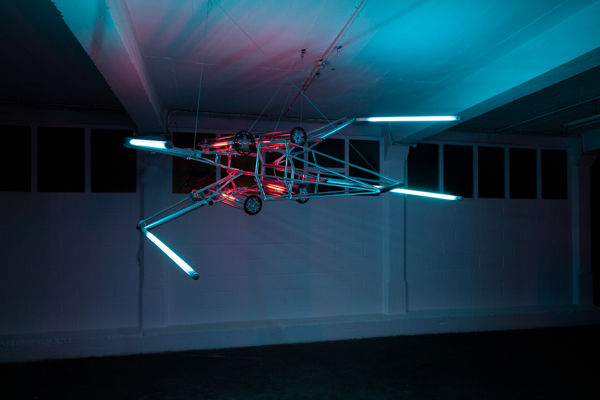 The X Wing Lamp by Benjamin Rice is Darkly Futuristic

Meghan Young — April 24, 2014 — Art & Design
References: behance.net & neatorama
Share on Facebook Share on Twitter Share on LinkedIn Share on Pinterest
The X Wing Lamp looks like something that would have come out of the 'TRON: Legacy' movie instead of 'Star Wars,' yet the shape of the light fixture is clearly inspired by the starfighter. It is simply the minimalist framing and use of neon lights that brings to mind the other sci-fi flick. It is this modern touch, however, that really makes the X Wing Lamp stand out.

Designed by Benjamin Rice, an industrial designer based in Manchester, United Kingdom, the X Wing Lamp was created for the SPIN LONDON event, an urban cycling show. It was made in collaboration with Northern Backdrop Interior design using Old Raleigh Grifters which were sourced from Ebay/Gumtree. An impressive model, it brings an air of mystery and intrigue in addition to a futuristic flair.
3.8
Score
Popularity
Activity
Freshness
View Innovation Webinars