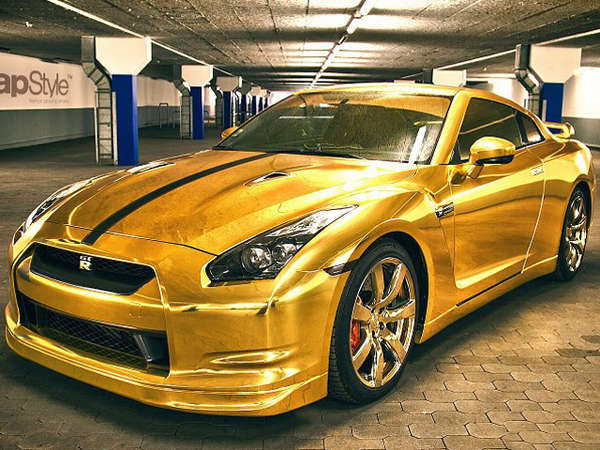 Michael Hines — February 18, 2013 — Autos
References: wrapstyle & carbuzz
Share on Facebook Share on Twitter Share on LinkedIn Share on Pinterest
The best way to make your car standout is to cover it in gold, much like the WrapStyle gold Nissan GT-R. The Nissan GT-R already stands out wherever it goes thanks to its intimidating body and beastly engine. However, WrapStyle didn't think these features were good enough, so they decided to slather it in gold.

The WrapStyle gold Nissan GT-R features an all-over gold vinyl wrap, gold-tinted windows and wheels painted, you guessed it, gold. This isn't the first GT-R to be covered in gold; you'll remember that Olympic sprinter Usain Bolt teamed with Nissan to create an all-gold version of the company's supercar killer. However, what this car lacks in originality it more than makes up for in bling. After all, there's nothing like doing nearly 200 mph in a four-wheeled bar of gold.
2
Score
Popularity
Activity
Freshness
Jeremy Gutsche Keynote Speaker