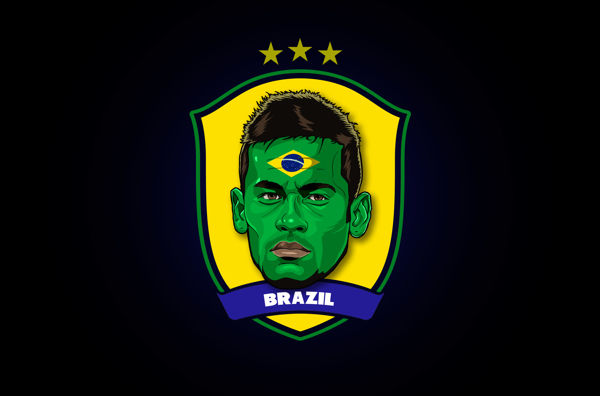 Resembling their own fans, the players are illustrated while wearing face paint that mimics the motifs of their country's flag. These illustrations are depicted within framed crests that bear a resemblance to a traditional coat of arms. The illustrations also feature the names of nations that are associated with each of these famed footballers.