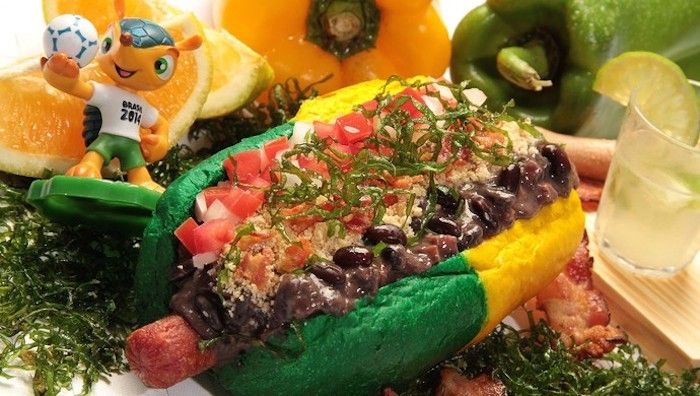 Meghan Young — July 2, 2014 — Lifestyle
References: wdogbrasil.br & psfk
Share on Facebook Share on Twitter Share on LinkedIn Share on Pinterest
People can now fill their bellies with patriotic pride thanks to the World Cup Hot Dog. These fast food dishes embrace the different cultures and countries that are participating in the biggest football event ever. From Japanese hot dog that replaces the traditional sausage with a hot sushi roll to the Brazilian hot dog, which is so far the most popular, that is topped with a feijoada sauce, the options are creative and surprisingly colorful. The latter is due to the incorporation of each countries flags on the bun.

Created by WDOG, the World Cup Hot Dogs can be purchased right at the Arena Corinthians Stadium, making it a must-eat meal for locals and tourists alike. Playfully ingenious, the dishes are as delicious as they look, which is saying a lot.
4.5
Score
Popularity
Activity
Freshness
Access Advisory Services