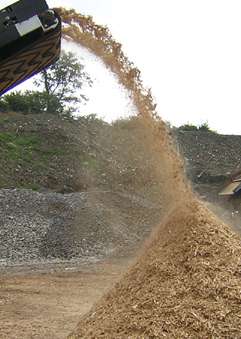 The world's first commercial-scale plant is being built to produce cellulosic ethanol in Soperton, Ga. Building is expected to finish completion at the end of 2008, after which it's anticipated the plant will churn out an annual 20 million gallons of ethanol.

"'This plant establishes the fact that the technology for next-generation ethanol is here,' Vinod Khosla said, in an interview with Forbes.com. 'This is ethanol that has 75% less carbon emissions, 75% less land use and 75% less water use' than ethanol produced from corn. The carbon emissions and use of natural resources are common criticisms of the corn-ethanol industry."

Aside from corn and sugar cane, the only other source we've seen capable of producing ethanol is orange peel rind: