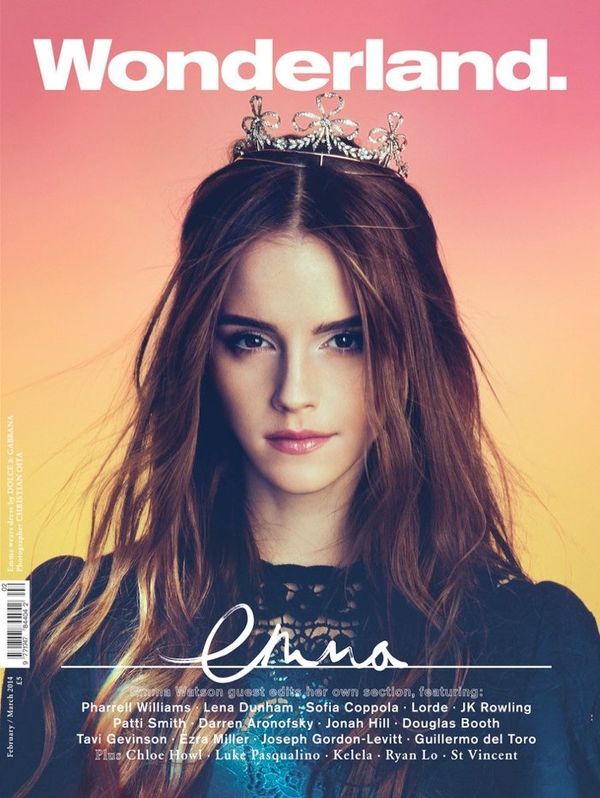 Meghan Young — February 3, 2014 — Fashion
References: wonderlandmagazine & fashiongonerogue
Share on Facebook Share on Twitter Share on LinkedIn Share on Pinterest
The covers of the Wonderland Magazine February-March 2014 issue star two different sides of the stunning Emma Watson. As she put it on Twitter, she embodies both an "Afro Prada Bruiser [and] Elf Alien Queen." The first refers to not only what she is wearing, but also her intricate updo while the latter describes her whimsical regal look. In each case, she looks incredible. There is no questioning why is a media darling.

What makes the British actress stand out even more when it comes to the Wonderland Magazine February-March 2014 issue, however, is the fact that she guest edited the entire publication. Hitting news stands on February 7, 2013, the issue features the brunette beauty in pieces from Prada, Givenchy, Dolce & Gabbana and more.
5.2
Score
Popularity
Activity
Freshness
Jeremy Gutsche Keynote Speaker