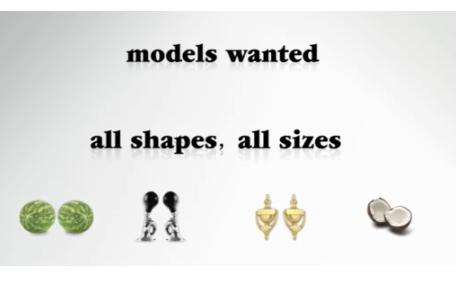 Bianca — June 25, 2008 — Marketing
References: trendhunter
Share on Facebook Share on Twitter Share on LinkedIn Share on Pinterest
While Dove used "real women" in underwear in their Campaign for Real Beauty, Wonderbra is letting customers be models for the brand. UK women are being encouraged to show up for a giant photoshoot on June 28 in central London. Wonderbra hopes to get 1,000 real women flaunting their bodies in their favourite Wonderbra underwear.

The brand is launching the initiative in conjunction with a new video ad which features a playful montage of images of common breast nicknames such as coconuts, melons, cupcakes and pillows. At the end of a clip is a tagline encouraging women to show up for the open casting.

"The idea is to use women from our 18- to 35-year-old target market who embody the spirit of the Wonderbra and feel happy showing themselves feeling good wearing our bras," the Guardian quoted Julia Nolan, the brand's marketing manager.

"The final poster will feature the thousands of images arranged to produce a particular end design, although for the moment we're playing the precise details of what this is close to our chest."