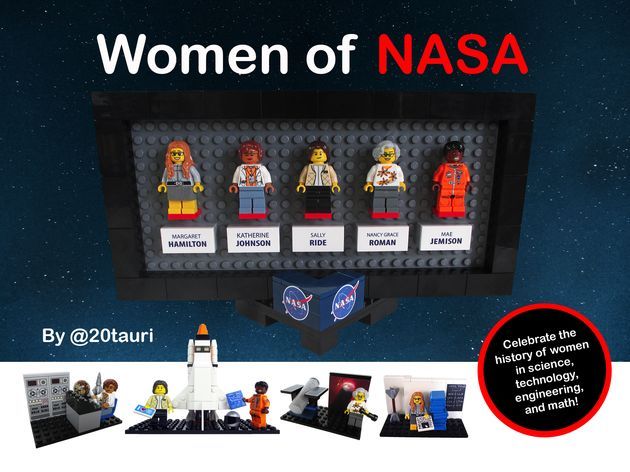 This New LEGO Set Celebrates the Women of NASA

Katherine Pendrill — July 28, 2016 — Life-Stages
References: huffingtonpost & bustle
Share on Facebook Share on Twitter Share on LinkedIn Share on Pinterest
Science writer Maia Weinstock is on a mission to familiarize young children with the women of NASA by creating a LEGO set dedicated to the legacy of five extraordinary pioneers. While many people can name at least a handful of male astronauts, many would be hard pressed to name the same number of female cosmonauts. This new LEGO set would help to celebrate the work of some of NASAs most powerful female scientists in a way that children can easily relate to.

While Weinstock's proposed LEGO set has not officially been approved for production, the toy set is sure to cater to the growing interest in female STEM figurines.
3.2
Score
Popularity
Activity
Freshness
Get Better and Faster