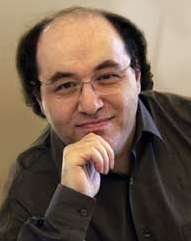 Wolfram Alpha Can Compute Answers Like an Electronic Brain

Developer and scientist Stephen Wolfram says, “It’s going to be a website: WolframAlpha.com. With one simple input field that gives access to a huge system, with trillions of pieces of curated data and millions of lines of algorithms.”

One of the challenges others have seen with this is the type of knowledge associated with controversial issues like global warming, which large numbers of people don’t consider factual yet.

Wolfram claims he has those types of problems solved by being able to offer up a variety of answers to what many consider dubious “scientific evidence.”

Another challenge Wolfram faces is to bring the factual answers into the language of everyday people, as it seems those testing it have said many of the answers that emerge from the engine assume you have the type of knowledge the developers have.

That’s a nice way of saying it’s over the heads of most people at this time, which would limit its general value. Once that’s fixed, it does have a lot of potential, which has been a search engine shortcoming for some time.
2.6
Score
Popularity
Activity
Freshness
Jeremy Gutsche Keynote Speaker