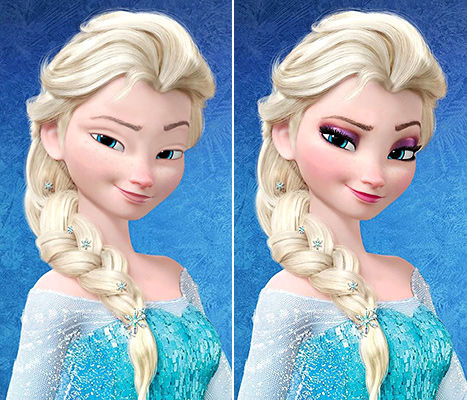 These Illustrations Depict the Iconic Princesses Without Any Makeup

Using screenshots from popular Disney films and a little bit of Photoshop, Brantz gives us a glimpse of the fresh-faced princesses. The cartoon heroines are stripped of all their makeup, including eyeliner, blush and lipstick. While some of the makeup-free transformations are subtle, others are quite shocking. For instance, Ariel looks nearly the same without any makeup, while Snow White is nearly unrecognizable.

The cheeky series proves that illustrators such as Brantz have yet to run out of ways to transform the iconic Disney princesses.
7
Score
Popularity
Activity
Freshness
Get Better and Faster