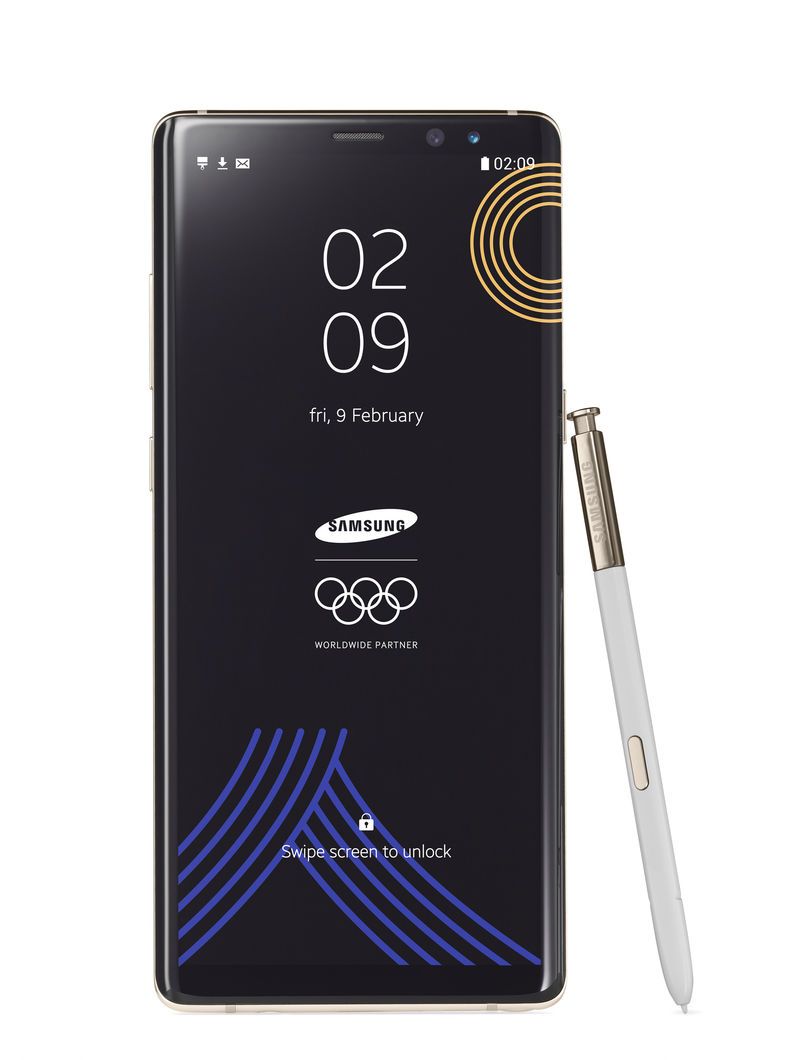 Justin Lam — January 18, 2018 — Marketing
References: androidcentral & news.samsung
Share on Facebook Share on Twitter Share on LinkedIn Share on Pinterest
To celebrate the 2018 Winter Olympics in PyeongChang, Korea, Samsung will be giving out limited edition Winter Olympic Galaxy Note 8 devices. This special edition of the phone contains all the same features as the original, but also includes a limited edition design, case and wallpapers. Samsung has made 4,000 versions of this phone, officially dubbed the PyeongChang 2018 Olympic Games Limited Edition, and will be handing them out to athletes and Olympic staff and will not be available for the regular consumer.

This release from Samsung is a nice bit of self promotion for the company, as Samsung is a "Worldwide Olympic Partner in the Wireless Communications Equipment and Computing Equipment category." Samsung has remained an Olympic partner since the 1998 games in Nagano and has provided wireless technology and mobile technologies to the Olympic community. The Winter Olympic Galaxy Note 8 is in fact Samsung's smallest gesture to the Olympics as the telecommunications giant will also be providing wireless and mobile technology to the Olympic organization.
0.8
Score
Popularity
Activity
Freshness
Get Better and Faster