Photos Made of Real Grass 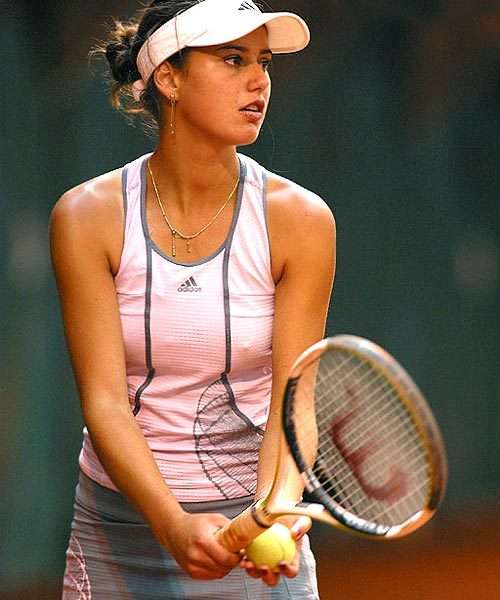 Wimbledon Officials Admit Looks Are a Factor for Centre Court

While Wimbledon’s Centre Court has traditionally been a prime-time spot to watch top players on the court, Maria Sharapova, Gisela Dulko, Victoria Azarenka, Sorana Cirstea, Caroline Wozniacki, and Maria Kirilenko all played there this week. And Serena Williams, who’s ranked #2, and #5-ranked Svetlana Kuznetsova, who won the French Open, were placed on outside courts.

This is no mere coincidence. Johnny Perkins, a spokesman from the All England Club, was quoted in the Daily Mail as saying, “It’s not a coincidence that those [on Wimbledon’s Centre Court] are attractive.

Curiously, Johnny Perkins quickly retracted his statement when probed further about the choice of placement of tennis players on Wimbledon’s Centre Court:

“Looks per se are not taken into account,” Mr Perkins told the Herald. However, he acknowledged “box office appeal” was one of 28 points considered when courts were allocated. He defended scheduling Sharapova’s match against Dulko on Centre Court despite the fact neither is ranked in the world top 40. “You had a former champion against an up and coming player,” he said.
3.6
Score
Popularity
Activity
Freshness