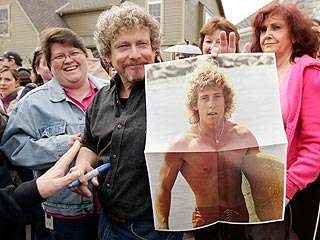 Last year, after declaring bankruptcy, Aames attempted suicide. His wife also left him after 22 years together, and he even lost his automobile. Aames' home is also now in foreclosure. Talk about tough times.

Aames, who is now 48, sold a bunch of TV and movie memorabilia in order to raise money, along with stuffed wildlife, and everyday items like his furniture, TV set and piano.

While this was going on, Aames was being followed by a TV crew filming the events for a made-for-TV documentary about his life.

Obviously he's trying to get his life together again, hoping for another break with the documentary.
0.8
Score
Popularity
Activity
Freshness
View Innovation Webinars