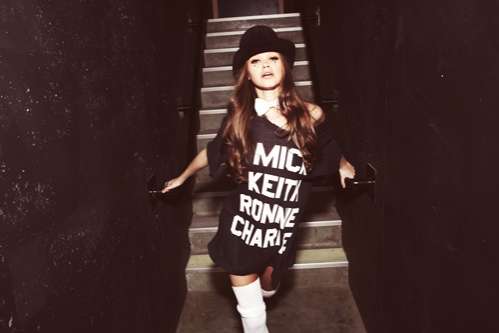 The shirts modelled in this campaign make the same clear bold statements that Wildfox Couture is known for. With the campaign incorporating a backstage partying vibe, the clothes featured have shapeless silhouettes and large screen-printed letters, such as the tee with "Mick, Keith, Ronnie, Charlie" on the front. This tee definitely adds a touch of rock and roll (for those who don't know, those names come from the band members of The Rolling Stones).

The models are all outfitted in ensembles that look considerably hipster, with top hats and high-waisted jeans. The Wildfox S/S 2011 campaign showcases hip fashions that would make for the perfect outfits for fashionable concert goers.
5.1
Score
Popularity
Activity
Freshness
Get Trend Hunter Dashboard