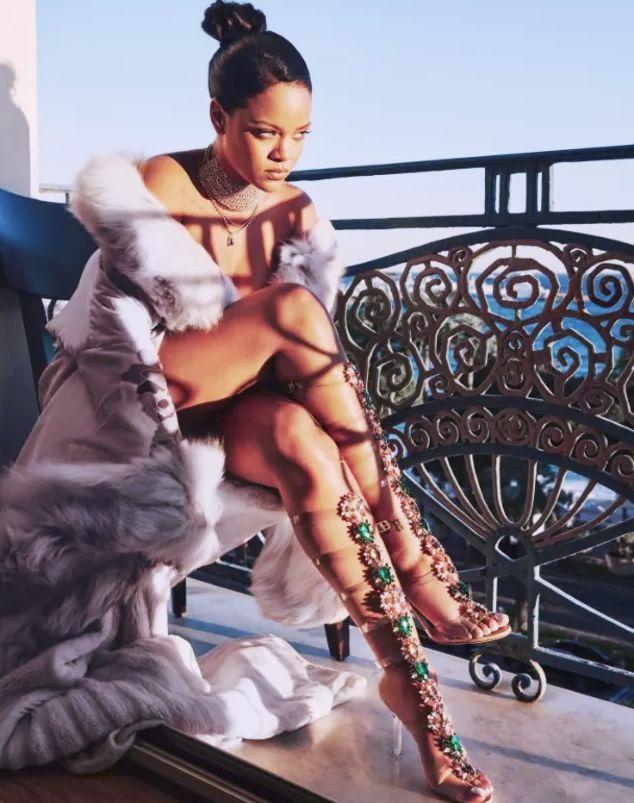 Rihanna and Manolo Blahnik are Releasing the 'Wild Thoughts' Heels

One outfit that was worn throughout the music video featured a pair of bejeweled heels that hit just below the knee, and it turns out they were designed by the multi-talented pop queen and designer Manolo Blahnik. Although the $2,325 USD 'Poison Ivy' heels might be out of the budget of some fans, they're currently available for purchase.

In addition to the Wild Thoughts-famous heels, the pair released a number of other luxurious styles including the 'Bajan Princess,' the 'Spice,' and the 'Purple Chalice.' It's reported that the bejeweled heels will be Rihanna's final collaborative release with Manolo Blahnik, so fans looking to get a pair are advised to act quickly.
3.1
Score
Popularity
Activity
Freshness
Get the 2023 Trend Report FREE