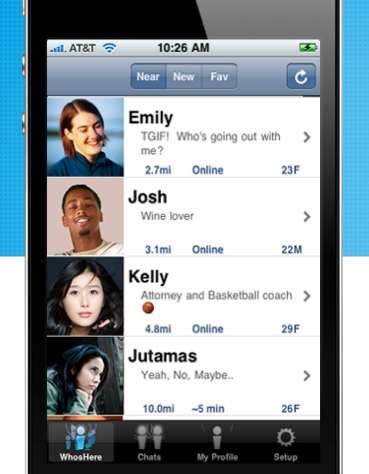 In this age, Skyping on computers, phones and tablets is so natural and happens so often that perhaps people are becoming bored with who they are chatting with. Doubling as a dating app, WhosHere is the product of a social networking generation, where reach to whoever and wherever is easy and even encouraged.

This app is WiFi and 3G compatible, so WhosHere facilitates an easy meet and is free for anybody looking to expand outside their current friend circle.
1.8
Score
Popularity
Activity
Freshness
Jeremy Gutsche Keynote Speaker