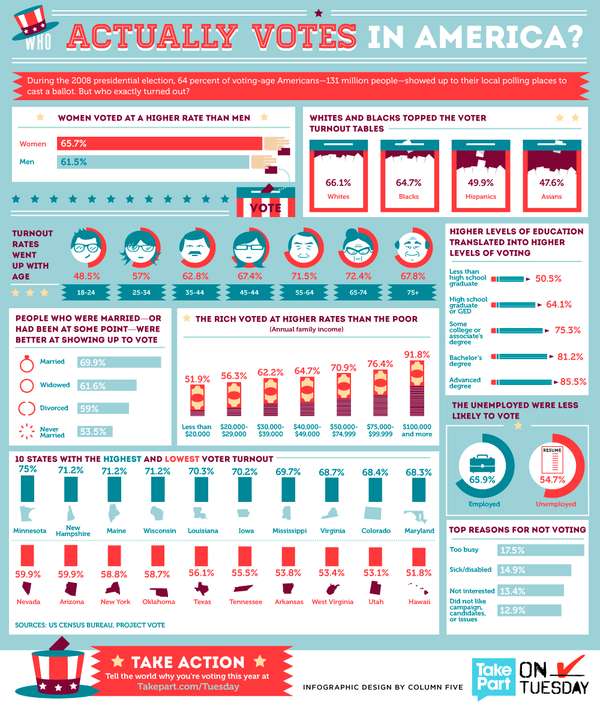 The 'Who Actually Votes in America?' Infographic Details Election Ballots

A higher education level will lead to an increased desire to vote as well. The chart also lists the top excuses for not casting a ballot and highlights the states with the highest and lowest voter turnout.
0.8
Score
Popularity
Activity
Freshness
View Innovation Webinars

Over-Grubbing Graphs
'Snacks in America' Apparently Need to be Controlled

Intelligent Gender Charts
'Who is the Next Generation of Scientists?' Poster Analyzes Orientation