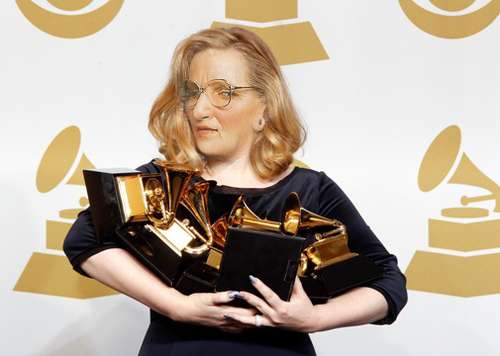 The 'What if Adele was Mrs. Doubtfire' Tumblr is Hilarious

Trenton Millar — November 16, 2012 — Pop Culture
References: whatifadelewasmrsdoubtfire.tumblr
The 'What if Adele was Mrs. Doubtfire' Tumblr delves into an alternate universe where Adele was hiding as a man who is posing as a nanny to get closer to his children. This alternate universe is hilarious, and though there are only a few photos on the Tumblr right now, we can only hope that people will continue to beef up this tantalizing time-waster.

The doctored photos are taken from screen shots of Mrs. Doubtfire, as well as pictures of Adele throughout her short, but stellar career. The Tumblr also features GIFs. Notably, the scene of Mrs. Doubtfire setting herself on fire is made even more hilarious with the addition of Adele's singing face.

The What if Adele was Mrs. Doubtfire Tumblr makes me think of another bizarre reality too -- one where Robin Williams has actually been Adele this whole time.
0.4
Score
Popularity
Activity
Freshness