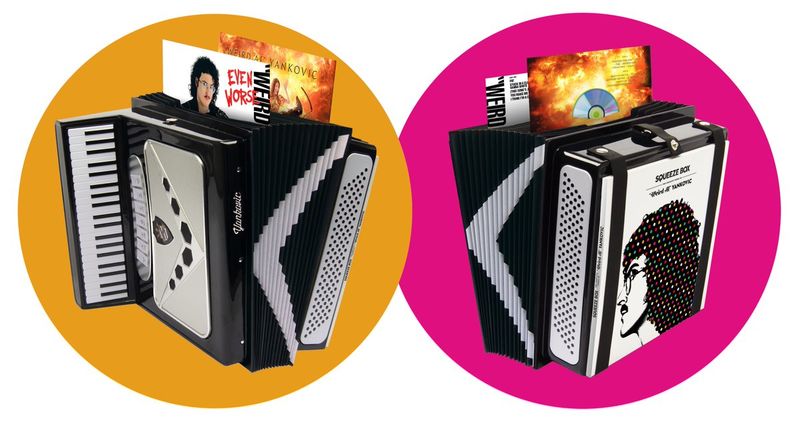 Joey Haar — January 15, 2017 — Pop Culture
References: pledgemusic & mashable
Weird Al's 'Squeeze Box' is a boxed set of the comedy musician's entire oeuvre up until now. What separates the set from atypical anthology isn't the music on it -- though Weird Al fans know how great the music is -- but the packaging in which it comes. Weird Al's Squeeze Box comes in a mock accordion, the performer's signature instrument.

Not only is the box set sold in an accordion, but that accordion will be an exact replica of Weird Al's. Expanding that accordion opens up slats that house the CDs themselves. Those discs include all 14 of the comedian's studio albums.

The set is currently only available for pre-order, with an expected release date of November 24, 2017. As one might expect, the delay is due to the unprecedented custom packaging.
0.7
Score
Popularity
Activity
Freshness