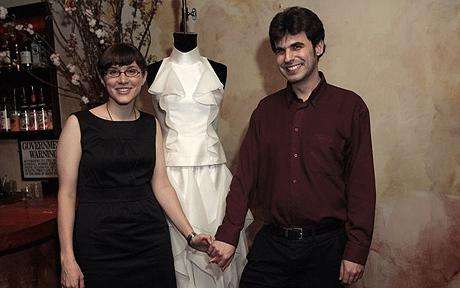 Shelby Lee Walsh — June 7, 2009 — Luxury
References: zerogravitywedding & bornrich.org
Noah Fulmor and Erin Finnegan will be the fist couple to say their “I do’s” 70 miles above the Earth’s surface.

As reported previously on Trend Hunter, Sir Richard Branson was looking into marrying a couple aboard his Virgin Galactic space shuttle, but for now, a zero-gravity plane will provide just enough thrill for these soon-to-be newly weds. The couple is set to be wed on June 20th, 2009.

The wedding will cost much less than originally projected. It will range from $32,400-$64,800 or $5,400 per person to the couple. A small price to pay for a wedding that’s truly out of this world!
4.9
Score
Popularity
Activity
Freshness