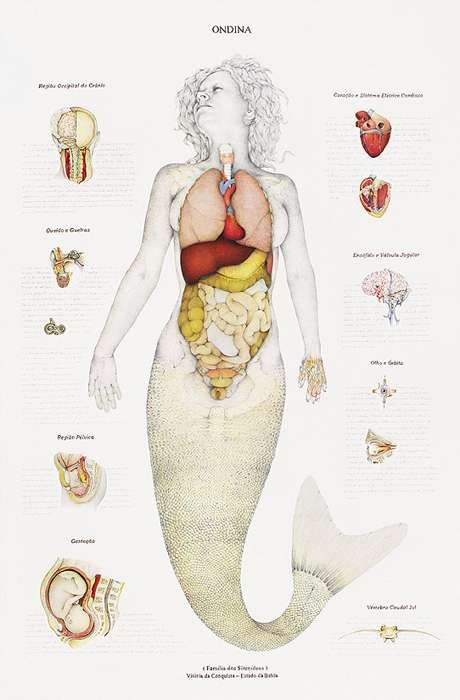 Walmor Correa Does Anatomical Drawings of Mermaids and More

Meghan Young — May 24, 2011 — Tech
References: walmorcorrea.br & neatorama
Share on Facebook Share on Twitter Share on LinkedIn Share on Pinterest
If you have ever wondered about the makeup of mermaids, monsters, nymphs and even Spiderman, then you really need to take a look at Walmor Correa's artwork. A series of anatomical drawings that focuses on mythical (and Marvel) creatures, this collection is full of illustrations that truly belong in a science book of some sort.

Introduced to the world of art by his high school biology class, Walmor Correa became truly inspired to create his own pieces when his science teacher also introduced him to the works of Leonardo da Vinci. Since then he has grown this fascination for art and anatomy, imbuing them into his own artistic works.