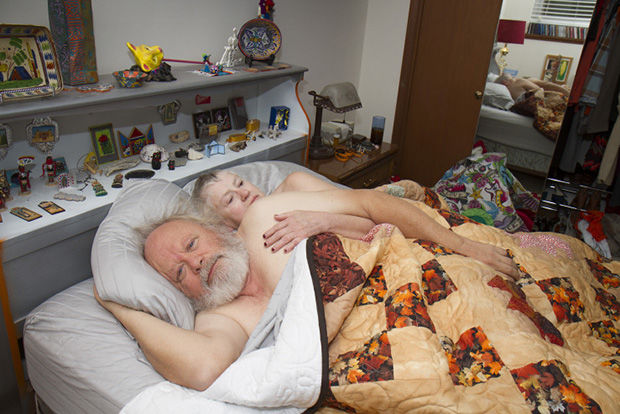 Rahul Kalvapalle — October 16, 2015 — Art & Design
References: kelsygossett & featureshoot
The Wake Up photo series is a photographic project, captured by Kelsy Gossett, that captures people when they are at their most vulnerable -- when they first wake up. This photo series depicts people -- individuals, couples, friends and families with pets -- in the safest of safe spaces, their beds.

According to Gossett, the Wake Up photo series was borne out of an understanding that the brief and fleeting time between the body waking up and the consciousness awakening is a period of "trust, vulnerability and honesty" between people.

Photo portraits can reveal all kinds of things about people, but the Wake Up photo series is truly unique in that it doesn't give its subjects an opportunity to project inauthentic versions of themselves. By capturing people in their beds first thing in their morning, the photographer truly depicts them authentically.