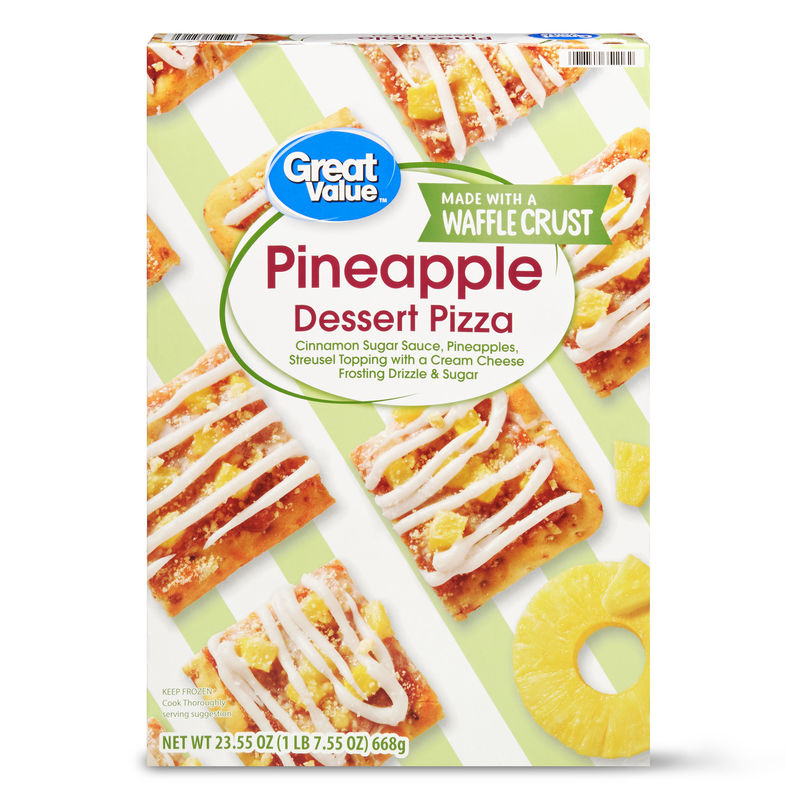 Katherine Pendrill — March 25, 2020 — Lifestyle
References: walmart & delish
If ice cream isn't enough to satisfy your sweet tooth, Walmart has you covered with its Great Value Dessert Pizzas – each of which is made with a waffle crust.

Walmart's new Dessert Pizzas come in two tasty varieties: Pineapple and S'mores. The former starts with a waffle crust, which is topped with a sweet cinnamon sugar sauce, pineapple pieces, and streusel topping, all drizzled with a cream cheese frosting. As for the S'mores Dessert Pizza, the waffle crust is topped with marshmallow sauce, marshmallow pieces, and chocolate chunks with a graham cracker crust topping. The Great Value Dessert Pizzas are sold frozen so you can simply pop them in the oven whenever a craving strikes.