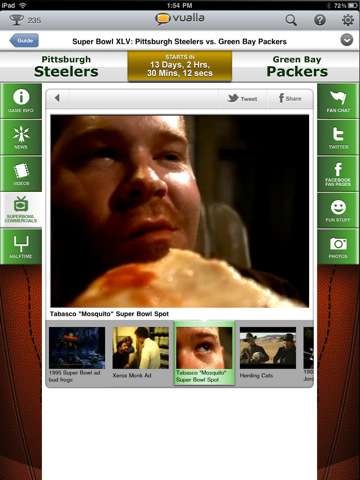 Meant to serve as a "second screen" for television viewers, the Vualla iPad app puts a plethora of information at its users fingertips such as programming, cast and crew and show news. For the upcoming Super Bowl in particular, users will also be able to check out a whole bunch of awesome extras like archival commercials and historic clips.

Implications - For such an important cultural event, the Super Bowl has been decidedly devoid of innovations over the past few decades. The advent of the Vualla iPad app is likely one of the first major alterations in how consumers enjoy the game in many years.