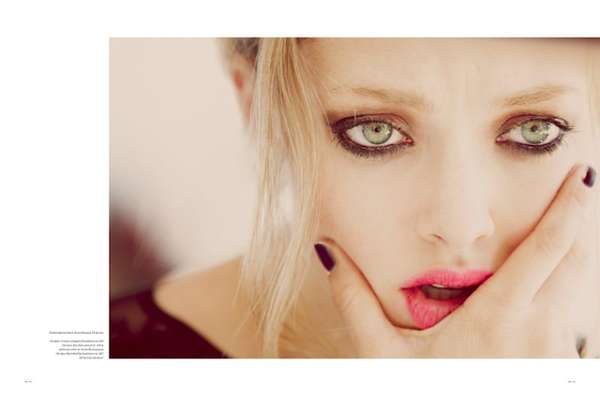 The Vs. Magazine Amanda Seyfried Photoshoot is Full of Drama

Meghan Young — October 5, 2012 — Fashion
References: vsmagazinelive & fashiongonerogue
Share on Facebook Share on Twitter Share on LinkedIn Share on Pinterest
The Vs. Magazine Amanda Seyfried editorial begins with a passage about the American actress' eyes, and for good reason. Her big blue eyes are exquisitely expressive, which is proven again and again throughout the photoshoot. From distraught incredulity to scared frustration, she brings a truckload of drama to set.

Shot by Guy Aroch, a photographer born in Israel and based in New York City, the Vs. Magazine Amanda Seyfried editorial has a muted quality that lends a cinematic touch to the stills. Captured for the Eccentric issue of the magazine, the editorial was styled by Alicia Lombardini, who concentrated on creating a feminine wardrobe filled with tons of black, lace and sheer pieces. The looks were perfected with disheveled hair and dark shadow to accentuate the eyes.
6.2
Score
Popularity
Activity
Freshness
View Innovation Webinars