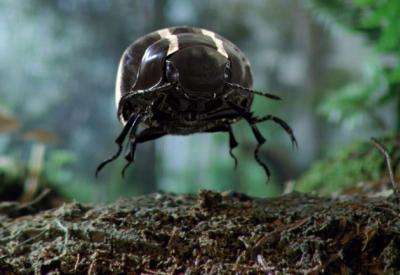 Jordan M — February 4, 2011 — Autos
References: vw & i4u
This fantastic Volkswagon Black Beetle 2011 Super Bowl ad rejects the notion that movies and TV shows are the only medium television viewers can rely upon to transport them to new and exciting worlds.

In the spirit of great insect-based films like Disney’s A Bug’s Life and Honey I Shrunk The Kids, the Volkswagon Black Beetle 2011 Super Bowl commercial uses cutting-edge CGI and a whole lot of imagination to show a nimble, agile and speedy black beetle (literally!) outperforming all the other creatures in a beautiful and lush insect world. For viewers and prospective customers alike, the ad communicates a clear message: the new Volkswagon Beetle will be faster, safer and cooler than ever.
5.2
Score
Popularity
Activity
Freshness