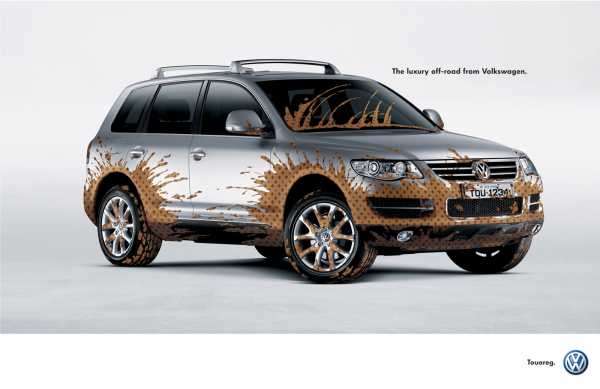 Marissa Brassfield — January 6, 2009 — Autos
References: almapbbdo.br & coloribus
Share on Facebook Share on Twitter Share on LinkedIn Share on Pinterest
The latest print ad for the Volkswagen Touareg capitalizes on the SUV's ability to remain chic even while getting dirty. It's photographed after an off-road outing, but after taking a closer look, the mud isn't mud at all, but a branded print that looks just enough like Louis Vuitton from afar to suggest luxury. The print ad's caption, "The luxury off-road from Volkswagen," drives the point home.