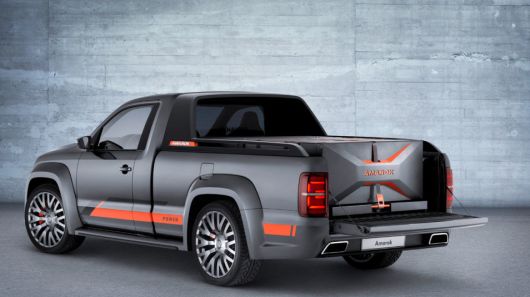 Rahul Kalvapalle — June 10, 2014 — Marketing
References: vw.hk & dailymail
This creatively conveyed and hard-hitting Volkswagen PSA tricked cinema-goers into being distracted by their cellphones, before delivering a poignant message about the dangers of driving while texting.

Unsuspecting Hong Kong cinema-goers settled down into their seats with their popcorn and sodas, and prepared to watch the pre-show trailers and videos on the big screen. The first video that showed up showed a person driving their car through a forest with upbeat music playing in the background.

Several seconds into the video, the cinema-goers were simultaneously sent text messages on their cellphones. This was made possible by the fact that the theater was equipped with a location-based broadcaster capable of sending mass texts to everyone in the room.

As the cinema-goers reached into their pockets to retrieve their cellphones and look at them, they were jarred by a loud, crashing sound. The car in the on-screen video had crashed. A text message then appeared on the screen, saying that “Mobie use is now the leading cause of death behind the wheel,” and imploring with viewers to keep their eyes on the road while driving.

This brilliant Volkswagen PSA was conceived and executed by the Ogilvy Beijing ad agency.