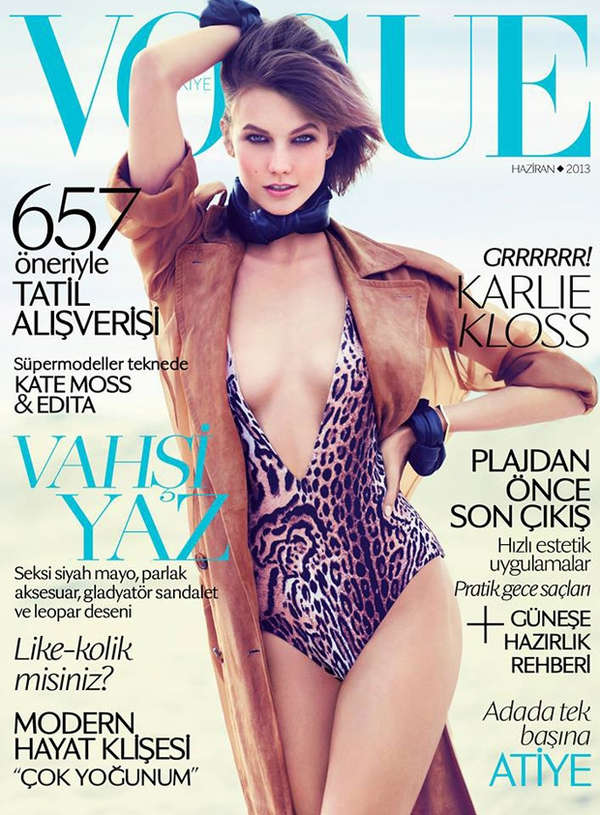 Meghan Young — May 31, 2013 — Fashion
References: vogue.tr & fashionising
The Vogue Turkey June 2013 cover shoot is exotic and sexy, both of which are due in large part to the use of animal prints and curve-hugging bodysuits. Of course, for the actual cover, the magazine has chosen to go with a deeply plunging bodysuit that will make both men and women feel the heat of summer before it officially arrives.