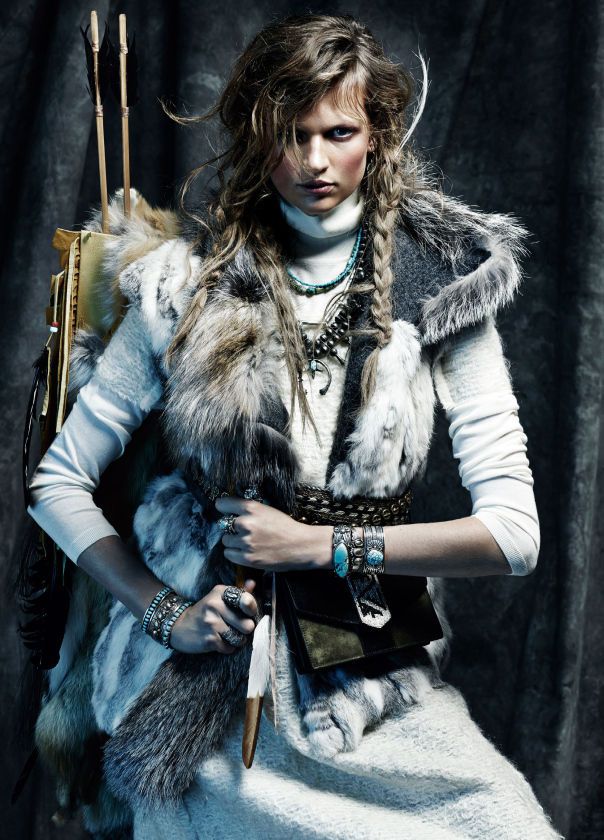 Franke is dressed to kill; armed with ropes, bows and arrows and a spear, she looks as though she's about to go into combat in the north pole. To fight whom -- or what -- is unclear (a polar bear, perhaps?) but either way, she's prepared for any outcome.