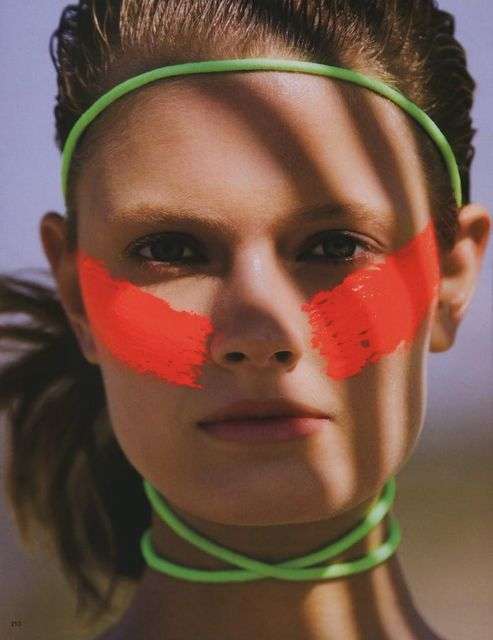 This headgear-specific Vogue Japan editorial was expertly taken by photographer Hans Feurer. Feurer's talent is readily apparent as he zoomed in on Jablonski's nose, lips and eyes, breaking the inclination most fine artists have towards her lithe figure. In its place, Feurer has concentrated upon stripes of electric paint strewn across her dainty face, as well as upon an eclectic assortment of feathered and leaf-clad caps.

There are several motifs to be picked up on in the Hidden Sun production. While the face paint is notably tribal, the haute chapeaus are highly aristocratic and ladylike, making for an unusual mixture of disparate looks.
3.5
Score
Popularity
Activity
Freshness
Get Trend Hunter Dashboard