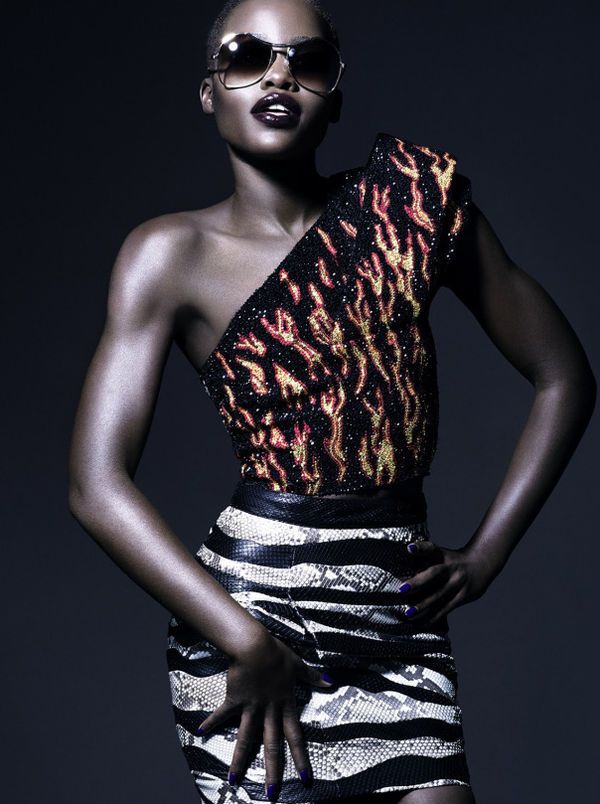 Vasiliki Marapas — February 5, 2014 — Pop Culture
References: vogue.it & wearesodroee.wordpress
Share on Facebook Share on Twitter Share on LinkedIn Share on Pinterest
Lupita Nyong’o has been the name on everyone's lips these days, and judging by the Vogue Italia February 2014 issue, she will quickly become the apple of everyone's eye. Nyong'o, who made her American film debut in the emotionally charged film '12 Years a Slave,' was styled by fashion editor Patti Wilson. The Oscar-hopeful pulls off an assortment of edgy looks, from a flame-printed sequinned top and a python skirt to a neon-striped shirt and cheetah-print mini.

The editorial, which was photographed by Tom Munro, proves that in addition to her extraordinary acting talent, Nyong'o has incredible style. No matter the look, she infuses dynamism and liveliness into each photograph.