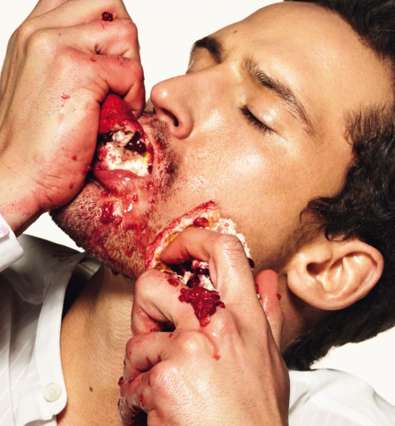 Photographer Maciek Kobielski captures the vices with precision and clarity, allowing both the motif and the model to be emphasized. The artist uses light masterfully, playing up Webb's form and facial construction. His artistic direction is complex, incorporating both the fashion and props. Rather than warding viewers away from sin, the shoot allures audiences into partaking in lustful action.