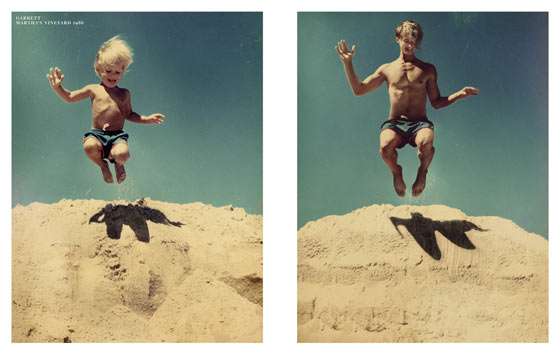 VMAN 24 Has Male Models Replicating Old Photos of Themselves

This ultra-cute photo shoot was captured by Irina Werning and features the likes of Tyson Ballou, Brad Kroenig and Garrett Neff. In the opening shot, Ballou is shown adorably licking a lollipop the way his younger counterpart did. In another capture, you see Neff jumping from a sand dune, and another image shows Kroenig in a soccer photo.

This time-spanning editorial for VMAN 24 is certainly appropriate -- the 24th issue is 'The Decades Issue' after all. At any rate, seeing these top male models as the incredibly cute children they were is a fun way to start off the day.
6.3
Score
Popularity
Activity
Freshness
Get Better and Faster