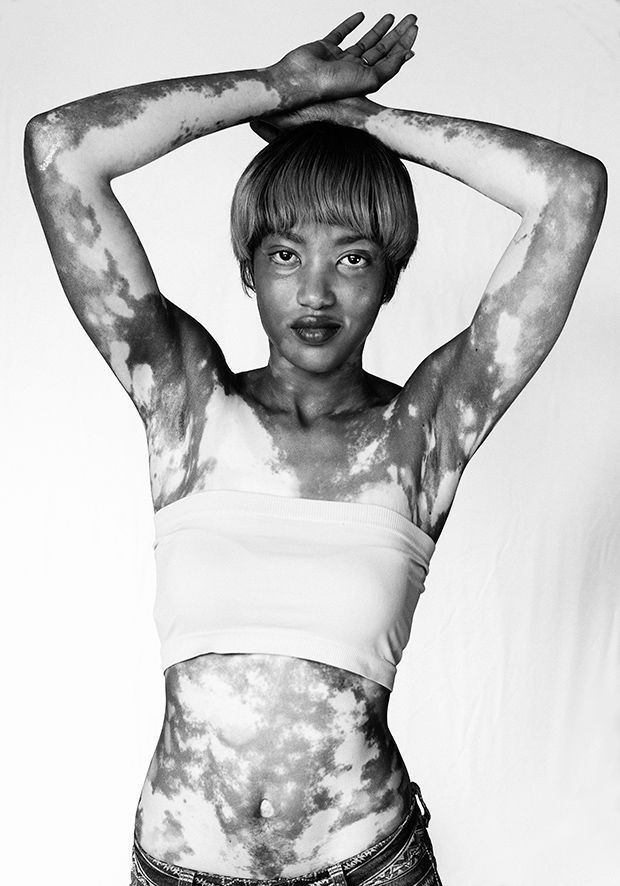 Rahul Kalvapalle — September 30, 2015 — Lifestyle
References: behance.net & featureshoot
Share on Facebook Share on Twitter Share on LinkedIn Share on Pinterest
WZORY is a photo collection, put together by Warsaw-based photographer Julia Kaczorowska, that pays tribute to people suffering from vitiligo -- a skin condition that causes many people to develop white spots and patches on their skin due to loss of skin pigmentation.

Kaczorowska herself first started developing spots of white on her knees and elbows as a young child, causing her much stress and grief. However as she grew up, she realized that she needed to not just accept but also to treasure her white patches, seeing them as ornamentation rather than blemishes.