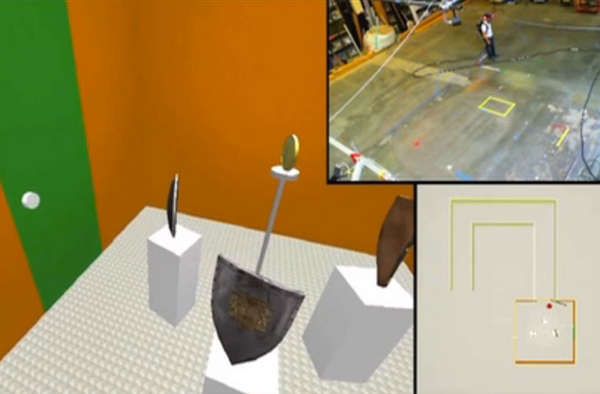 This Virtual Reality Maze from Hannes Kaufmann Literally Has No End

While the user feels like they're moving through a vast expanse of rooms and locations, in reality they're merely walking in circles around an average-sized room. As the user walks forward, the virtual reality system creates a new set of rooms, generating an infinite set of possible locations, making the maze have literally no end.

Eventually, the researchers want to add another person to the environment so that the user can explore the infinite virtual reality maze with a friend.
0.7
Score
Popularity
Activity
Freshness
View Innovation Webinars