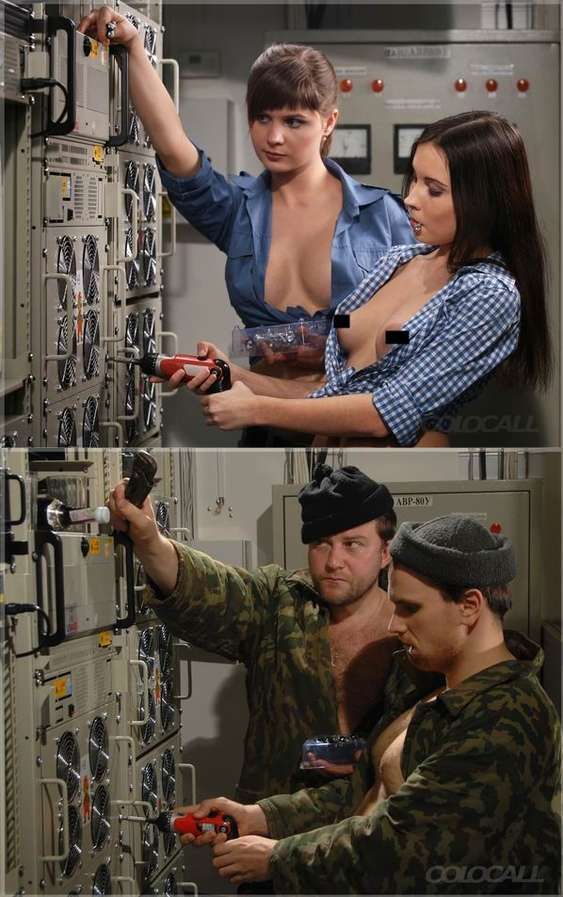 Russian Company 'Plays Along' and Pokes Fun of Unsolicited Ads

mediterranean — April 8, 2008 — Naughty
References: adme.ru
Share on Facebook Share on Twitter Share on LinkedIn Share on Pinterest
When an unsolicited ad became viral, this Russian company played along. In fact, they recreated ads of their own which parodied the original ads. The hosting company replaced 'topless women' with dudes, who were more reflective of what you'd expect at a Russian hosting company.

In mid-March 2008, an ad campaign for Colocall (a Russian hosting provider) featuring topless girls working in the company's datacenter server rooms with the company's logo in the corner was unveiled. The images were reprinted in dozens of network media and entertainment sites, setting the net ablaze under the guise of comic images, and sparking a lot of discussion and debate among Internet users .

The company released an official statement, explaining that the photographs were "accidentally" taken by their advertising department, "These photographs were made during the photo session, in the process of preparing materials for promotional booklet. No "topless" images should have been released, and these images were not intended for publication in the network."

The company was wise enough to ride the wave, not only did they not ask to pull the images, this week a new funny campaign with two guys reenacting the viral campaign was released showing the "retouching" skills; presenting two options of each of the photos: "before" and "after".


Here are some recent unofficial campaigns that went viral and brought much attention to the brand: