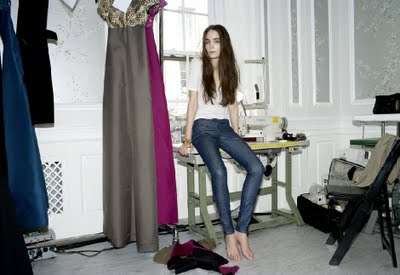 The designer, who recently gave birth to her fourth child (and first daughter), is releasing her most recent collection of denim with styles for everyone. With a variety of cuts that range from super-skinny and cropped to baggy boyfriend jeans, the Victoria Beckham Denim Fall 2011 collection is versatile and trendy.