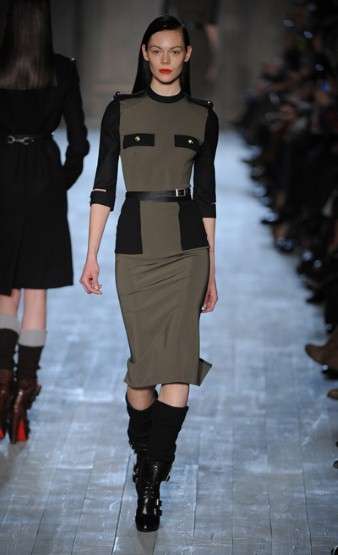 Katherinev123 — February 13, 2012 — Fashion
References: victoriabeckham & fashion.telegraph
Share on Facebook Share on Twitter Share on LinkedIn Share on Pinterest
The slouchy and relaxed silhouette may be on its way out, as evidenced by the body-hugging creations at the Victoria Beckham Autumn Winter 2012 runway show. The show, which was attended by hubby David Beckham and daughter Harper, served up sleek pieces with close-fitting designs and militaristic and sporty accents.