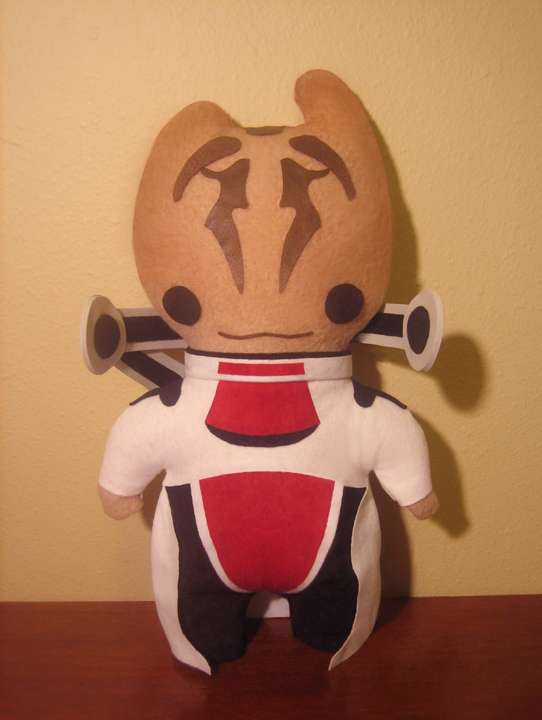 Jason Soy — August 7, 2012 — Life-Stages
References: viciouspretty.deviantart & facebook
Share on Facebook Share on Twitter Share on LinkedIn Share on Pinterest
The Mass Effect series may have come to its conclusion earlier this year, but fans like deviantART user Viciouspretty continue to show their support through creative means. Seen here are a collection of plush toys that Viciouspretty personally crafted to honor the cast of the epic space video game. Thus far, she’s crafted toys in the likeness of Liara, Mordin, Garrus, Tali, Aria, Wrex, Samara, Grunt and Thane. Chances are, you’ll find one plushie in the bunch that you like.

What’s noteworthy about Viciouspretty’s toys in comparison to others is that she reinterprets the alien characters in a chibi style. As a result, the proportions of these figures are stumpy, chubby, round and all around cuter than their original designs. Who wouldn’t want to hop into bed with this version of Wrex, who’s now considerably less intimidating than his usual dinosaur-like self.

19 Plush Toys for Boys
From Tenticled Superheroes to Bacterial Toys