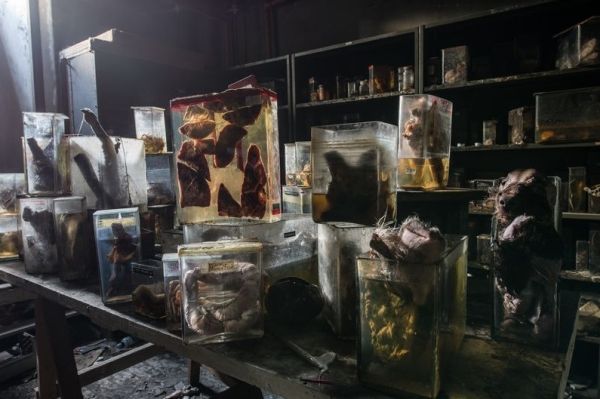 Megan Facciuolo — May 17, 2014 — Tech
References: romainveillon & designtaxi
It's peculiar to imagine a veterinary school completely abandoned and left as is. French photographer Romain Veillon has helped paint the picture for you in his recently captured photography series of an abandoned school in France.

The spine-chilling photos showcase an abandoned veterinary school in France that was unnamed and left in the dust -- literally -- when its students and staff decided to move into a more modern building. No one took over the building, and it was left to fall into despair and decay. With time, some building looks more beautiful and historic, this one however, looks like the set of a horror movie.

Described as a “cabinet of horrors,” it still contains numerous jars of animals and animal parts filled with formaldehyde.
3.9
Score
Popularity
Activity
Freshness